Email in the Federal Bureau of Prisons by Christopher Zoukis

Email in the Federal Bureau of Prisons

In an exciting new development, the Federal Bureau of Prisons is now allowing its inmate population to use a monitored email service to communicate with friends and family. This move is being heralded as a significant step in the right direction which has 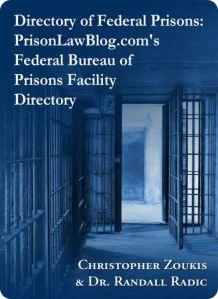 the power to connect parents with their children and promote pro-social growth amongst the federal prison population.

To calm any potential fears, federal prison inmates are excluded from use of the Internet. They are not allowed to surf the web or use traditional, unmonitored email services such as Gmail or Hotmail. According to correctional authorities, such access would invite significant security risks, as well as add to the potential that threatening or other illegal messages be sent.

However, the Federal Bureau of Prisons recognizes the value of email, both from the standpoint of ease and speed of contact with family and loved ones for prisoners, as well as cost savings resultant from the use of automated monitoring technologies and reductions in the use of postal mail, which must be manually searched for contraband. Given the ubiquitous nature of email in the world outside of prison, this move provides a way for federal inmates to safely have access to email which can even help with their rehabilitation and reintegration back into society.

For these security and rehabilitational reasons, most federal prisons now are equipped to provide inmate access to a more controlled form of email. TRULINCS, an acronym for the Trust Fund Limited Inmate Computer System, provides prisoners with the ability to send and receive emails without gaining access to the internet. This functionality is fulfilled through community use computers in inmate housing units and the website Corrlinks.com, where approved community contacts must log in in order to electronically communicate with federal prisoners.

Among those who are granted access to TRULINCS are individuals awaiting trial for federal offenses, hold-over detainees, and inmates in general population federal prisons who are not considered to pose a reasonable threat to the “security or good order of the institution.” It should be noted that inmates have the right to receive and send mail; however, this right does not necessarily extend to this email program. Rather, the TRULINCS email program is considered a privilege, which can be restricted via sanctions or in its entirety, if the inmate is deemed to be a security threat or risk.

TRULINCS is not available to all federal prisoners. When inmates arrive at a federal prison, a part of the process of classifying them involves determining their fitness for TRULINCS participation. Inmates can be restricted from participation due to three factors: disciplinary sanctions, crime of conviction, or special skills which could pose a security threat.

If an individual has a history of behavioral issues at the prison, for instance, he or she could be excluded from the TRULINCS program as a result of a formal sanction levied by a Unit Disciplinary Committee or Disciplinary Hearing Officer. This would be the result of a formal sanction which would have an official start and an end date. This is not a blanket or total restriction.

Among those who could be denied access to TRULINCS for crime of conviction are inmates with sexual offenses, solicitation of minors for sexual activity or pornography, possession or distribution of child pornography, or production of child pornography. Generally speaking, only inmates who used email, instant messaging, or text messages during the commission of their instant criminal offense will be excluded from program participation. Others, even if they are incarcerated for one of these enumerated criminal offenses, are usually granted TRULINCS access. If a restriction is applied, it is generally a total, blanket restriction that remains in place throughout the inmate’s confinement.

The final category is those with specialized knowledge of computers. If the Federal Bureau of Prisons deems a particular inmate to have the skills or abilities to be able to bypass certain security components of the TRULINCS program, they can be excluded from program participation. Such a ban is also a total, blanket one.

Appealing a Decision for Exclusion

If an inmate is excluded from TRULINCS access due to their crime of conviction or perceived specialized computer knowledge, or even if due to an adverse disciplinary finding, they have a right to appeal said restriction through the Federal Bureau of Prisons’ Administrative Remedy Program. Generally speaking, appeals concerning a temporary restriction due to a disciplinary sanction will only be granted if the disciplinary finding itself is overturned. As for appeals on total bans due to specialized skills or crime of conviction, there tends to be more success. Sometimes prison administrators have a knee-jerk reaction to sexual offenses or a history of computer expertise. In said cases, appeals can be fruitful, but only if the federal prisoner’s Pre-Sentence Investigative Report (PSR) has no mention of email, text messages, or instant messages during the commission of the instant offense. If the PSR does, there is not much of a chance for reversal of exclusion.

To begin participation in the TRULINCS program, inmates who are approved must create a contact list on the TRULINCS computer in their housing unit. This list includes telephone numbers, email addresses, mailing addresses, and other relevant contact and personal information (e.g., first and last name, relationship, etc.). The federal prisoner is limited to no more than 100 such contacts for mailing purposes and 30 contacts each for emailing and telephoning purposes. The information is then uploaded into the TRULINCS system by the inmate. After a brief review period — during which the TRULINCS system evaluates the inputted information — the contacts are either approved or rejected. This ease of management is a significant improvement upon old protocols; inmates can update information within a matter of seconds. No longer must unit teams be responsible for processing telephone number change requests.

Prior to actual contact with the designated email recipient(s), the individuals on the contact list must accept the inmate’s electronic messaging request. Victims and their families, law enforcement officers, and individuals whom the inmate has a criminal history are excluded as contacts. Thus, the TRULINCS program actually improves security and does so in automated fashion, without required staff involvement.

In addition to these functionality, communications, and security features, TRULINCS is funded through a trust fund that profits from mark-ups on inmate commissary purchases. Thus, it required no taxpayer investment to initially fund the procurement of computers, infrastructure, or other installation. Moreover, inmates are charged a 5 cent per minute fee for using the system. As such, the system is now financially self-sustaining.

TRULINCS is a useful tool both for communication between inmates and their families, and also as a way of helping prisoners become computer literate without the dangers inherent in providing them with unfettered access to the Internet. As with all governmental programs, there are problems, but the problems are seemingly insignificant when the benefits are brought to mind: improved communication between prisoners and their families, computer literacy, and enhanced rehabilitation and reintegration services. One can only hope that the Federal Bureau of Prisons will continue on with this innovating thinking in an effort to help federal prisoners get out of prison and stay out for good. 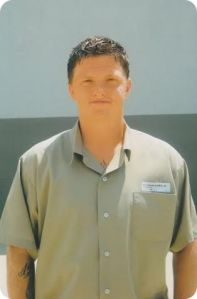 Christopher Zoukis is an impassioned advocate for prison education, a legal scholar, and a prolific writer of books, book reviews, and articles.  His articles on prison education and prison law appear frequently in Prison Legal News, and have been published in The Kansas City Star, The Sacramento Bee, Blog Critics, and Midwest Book Review, among other national, regional, and specialty publications.

Mr. Zoukis is often quoted on matters concerning prison law, criminal law, prisoners’ rights, and prison education.  Recently, he was the focus of an article at Salon.com concerning America’s broken criminal justice system and potential solutions to the current crisis.

When not in the thick of the battle for prison reform, prison education, or prisoners’ rights advocacy, Mr. Zoukis can be found blogging at PrisonLawBlog.com, PrisonEducation.com, and ChristopherZoukis.com.

His latest book is The Directory of Federal Prisons: PrisonLaw.com’s Federal Bureau of Prison Facility Directory.