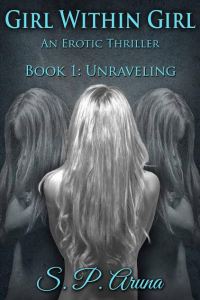 Katrina is never alone. She is bound to others inside her, tighter than any Siamese twins could ever be: Cherry, the freewheeling photojournalist, Anisa, the covert spy-assassin, and others as yet unknown, all sharing her body and mind as she goes about her work in a psychiatric hospital. But she is starting to unravel, and her sole hope is the handsome Dr. Sean Paisley, the only one who can make her whole again.

That morning, April 11, 2016, could very well have been a turning point in my life, the morning I awoke and didn’t know where I was, and even more frightening, who I was.

In my bed, I was rising out of a foggy void that separated dreams from drowsy wakefulness, when, in a flash of alarm, I bolted upright to sit up, frantically looking around me. I could almost hear the whirring of the cogs in my head as my mind searched its recesses for the answers. My surroundings slowly focused into a scene of familiarity: my Hemnes six-drawer dresser, my Morvik wardrobe with the full-length mirror, the Gaugin print hanging on the white stucco wall just beside it; the cream-colored low-pile carpeting covering the floor up to my bathroom door, and the window to my left adorned with the lace curtains I had bought at Jack’s Second Hand Furniture.

My name is Katrina. I’m in my apartment. I think it’s a Monday.

I got out of bed and stepped over to the full-length mirror with a curious urge to examine myself. The first thing I noticed was my dirty blonde hair flowing in waves to my shoulders. With my not-too-wide forehead I have no quarrel with, but my bushy eyebrows get away from being too distracting only because of the fair hair. My eyes though, I hate them, cold and grey, even spooky, making me look away for a moment.

But then I had to look again. My sharp nose, like a bird’s beak, pointed at me from the reflection. Nondescript lips told me that I was plain. My pointed chin only bolstered that impression.

Yet my body wasn’t too bad: softly sloping shoulders, my breasts the shape of delicate bowls, a waist that flared into wide hips, and legs that were shaped into long perfect curves. And why shouldn’t my body be so ideal, after all I’m only…I’m only…shit…twenty-three…twenty-four?

My surname is Novak. In Czech that means, “The New One.” That’s what somebody told me once.

I turned abruptly and went into my kitchenette, hoping that a cup of coffee could bring me to a more functional state. While brewing it, I fell into an instinctual routine mode, somehow intuiting that I had to be at work by nine.

I’m a nurse at a psychiatric hospital.

That’s not exactly a pleasant job, I agree. Even the building I work in, the Gottlieb Memorial Institute, is spooky in its Gothic, horror castle type architecture: roughly hewn grey stone capped by roofs that slanted at ridiculously sharp angles; and yes, I mean more than one roof, each corner having its own tower-like extension melding into the main one, each pointing like spikes into the sky. Inside is not much better; with the reception room painted a drab grey, and the corridors leading to those unfortunate souls interned within enveloped in white ceramic tile and neon strip lights. The place was noisy as well: shrieks and moans always serving as a background clamor which we staff regularly ignored. But still, I like my job because it fills me with the satisfaction that I’m doing something meaningful.

Entering the hospital, I faced the day with stoic acquiescence.

Sometime in the afternoon, at the nurse’s station on the third floor, I encountered Dr. Babcock. Tall, balding, a long face highlighted by a pencil thin silver mustache, his scholarly spectacles giving him a fatherly look, his lips severe, I felt an inexplicable attraction to him, as if pleasing him was a priority. “Yes, Dr. Babcock?”

“I think it’s time we transfer Mrs. Wheaton to the Sleep Room.”

If there was a place in the hospital that I loathed more than the Electro-Shock Room, it was the Sleep Room, and as I wheeled Mrs. Wheaton, already out of it to the point of drooling, her head rocking back and forth with every slight turn of the gurney, an icy shudder zipped through me. With one hand on the gurney, I opened the door. Inside were eight other patients, comatose as zombies, some having been unconscious for three months or more. After depositing her there, I spent the rest of the day engaged in my usual duties of administering drugs, taking care of bedpans. and shuffling patients to and fro.

But then, while I was in the female staff dressing room, something strange happened to me. I lost track of time and felt myself a participant inside a sexual fantasy. I was naked upon a bed… my breasts were tingling as if they had just been bitten and suckled, and a hairy brute of a man was looming over me, snarling and growling and even shouting at me, and I could feel a pleasurable hammering in the middle of my body, and even though it hurt, it was giving me an incomparable gratification. A sharp sensation pierced me, stole my breath, and caused me to wake up gasping, where I found myself back in the hospital changing room, my loins embarrassingly moist.

“Tough day, I bet,” said one of the nurses who was also coming off-shift, a bleach-blonde called Sheila.

I was ashamed to be so discombobulated in front of her, so my only response was, “Yeah.” I really didn’t want to talk to her. In fact, I hardly ever want to talk to anybody.

People describe me as distant, shy, aloof… I am what I am: a cautious, sensitive person who avoids contact with others at all costs. I don’t know what made me so; I just accept my nature as it is.

“So where were you last week?” she asked.

Where was I? Wasn’t I here?

“At St. Lukes?” she proposed. “I heard that you rotate between here and there.”

Do I? “Yes, St. Luke’s’,” I said, only because I didn’t want to prolong the conversation.

After that, I made haste to get dressed, anxious to head back home. Before I left, though, I checked my duty roster from last week. There was nothing unusual about it – it documented that I was here. Silly woman must have been confused.

Back in my apartment, I was still disturbed by these events. First, that strange reverie I had, so sudden, so unexpected…and yet, it was somehow familiar. Pain and pleasure, a sweet feeling of submission, a breath-taking fascination at being dominated…now where did that come from? And Sheila’s impression that I had been absent last week was disturbing to say the least, and that too still continued to hound me.

After a shower and a chamomile tea, I finally felt relaxed. Then the phone rang. The only phone in the apartment is on the wall of my kitchenette, where fortunately I was sitting nearby at the foldable metal card table. I got up and reached for the receiver. “Hello?” 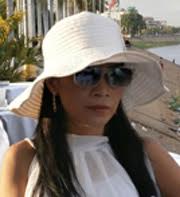 Half French, half Khmer (Cambodian), I’m a woman whose head is filled with fantasies and intriguing stories, and who wants to share them with others.